Do you know a game called Biggification?

It’s the perfect example of an one-day game that made a great success, scoring a 3.78 on Newgrounds and being reviewed by 151 people with an average score of 8.3 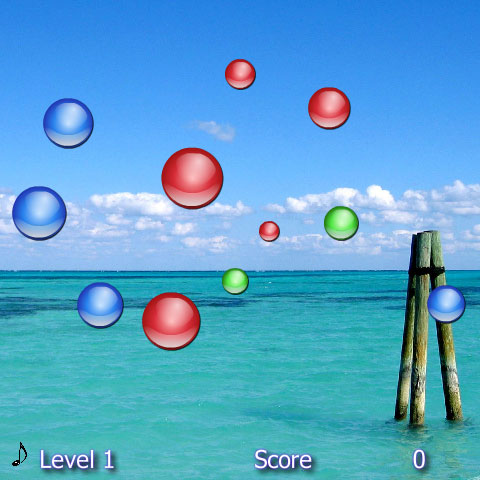 The aim of the game is very simple, as shoud be any one-day game: collect expanding orbs by hitting them with your orb before they hit another orb and end the game. Collecting same color orbs consecutively give you a multiplier.

Well, I created a prototype of this game in 64 rows

Line 2: Defining the interval, in frames, between the creation of a ball and the next one

Line 3: Counting frames passed from the creation of the last ball

Line 4: Defining a variable to check if it's game over or not

Line 5: Creating the array that will store all balls in game

Line 6: Function to be executed at every frame

Line 8: The core variable of the game. The game is playable because every new ball is placed at a distance from existing balls that allows the player to run and chatch it. So I am going to create a variable that will state if I can place a new ball in the random position I will create or not.

Line 9: Incrementing the number of frames passed since the creation of the last ball

Line 10: Checking if it's time to create a new ball

Line 14: Scanning the array of the balls. For more information about this concept, refer to Managing multiple collision detection with Flash

Lines 15-17: Calculating the distance from the x-th ball and the ball that's about to be created

Line 18: If the distance between the balls is less than 50 (a number decided by me, changing it will affect gameplay)...

Line 19: ... then the new ball cannot be placed... a new one will be created in the next frame, in another position

Line 23: Pushing the new ball in the balls array

Line 25: Stopping the ball timeline to a frame that ranges from 1 to 3. Every frame contains a color

Line 26: Functions that the ball will execute at every frame

Line 29: Set the height to the same value of the width

Lines 30-32: Calculating the distance from the ball and the and the one controlled by the player

Line 33: If the distance is less than the sum of both balls radius...

Line 35: Setting a variable called remove to the ball's depth. Why am I doing this instead of simply removing the ball? I have to remove the ball and splice the array with all the balls in game, or the array will continue growing and making the game slower. In this way, I am marking the ball and I will remove its movieclip and its reference in the array next time I will scan the array

Line 37: Scanning the array of balls

Lines 39-41: As explained at line 35, if the ball's depth is the one to be removed, then remove the ball movieclip and splice the array with all balls in game.

Lines 42-49: Checking collisions between a ball and the remaining ones in the same way as explained at Managing multiple collision detection with Flash. If there is a collision, then set the game_over flag to true

Line 57: Attaching the movieclip of the ball controlled by the player

And that's all. The game does not include score, but it's a quite good replica of Biggification

When it's game over, you can't move anything and you must reload the page.

Now I am going to change some gameplay parameters, add a couple of powerups and another one-day game will be ready to hit the masses. Download the source code and do the same