Update: MochiAds Leaderboards released – letâ€™s see how does it work – read this post too!

I am very happy to introduce you Glomb, the first Flash game to use MochiAds leaderboards to track highscores. 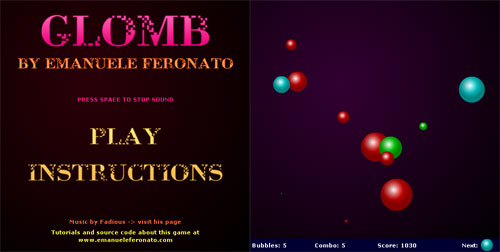 The game was built upon the idea of a Prototype of a Flash game like Biggification, but I changed some concepts and rules in order to try and make a rather original game.

But even if I will release the code and the tutorial about the game, this is not the topic of this post.

Today I will talk about the upcoming MochiAds Leaderboards.

I would like to thank Ada Chen and Ryan Nichols to let me test and try and mess around with their API and give me the permission to publish something about it.

MochiAds system lets you setup a new leaderboard in minutes, with these main features:

– Create as many leaderboards as you need
– Store any kind of score (sort by highest, lowest, and store integers or time)
– Only one line of code to show an in-game leaderboard
– Track player Countries
– Customize the leaderboard look to match your game graphics

As you can see in this screenshot (that may vary a bit once the leaderboard will be released since Mochi team is still working on it) you can crate a leaderboard just entering a couple of information. 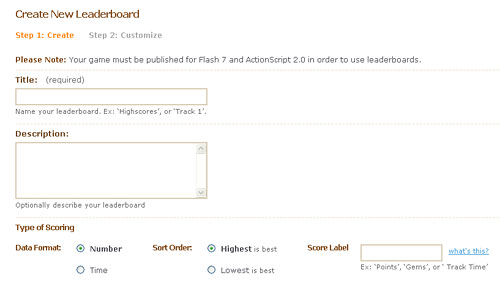 Then, you can customize it by choosing colors, columns, and there will be a preview window to test your leaderboard 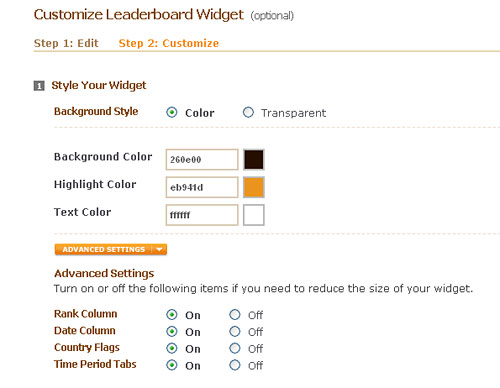 Once you finished setting up the leaderboard, this is the control panel where you can ban users or clear scores. 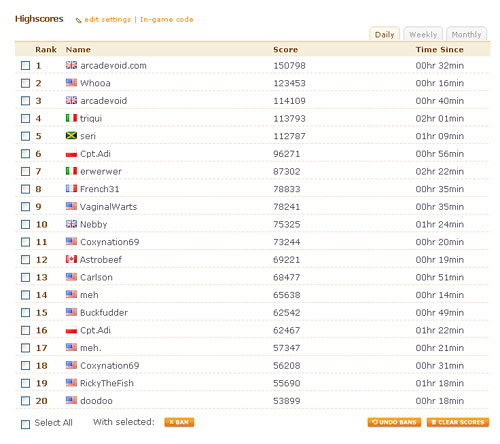 Leaderboards can be daily, weekly or monthly… at the moment I don’t know if there will be an “all time” leaderboard, but I am strongly asking for it!

With all these features, there is no reason to look for other highscoring system.

Now all you have to do is wait a couple of weeks until the API will be released for the public, meanwhile Mochi guys are asking for feedback, so it’s your time to request anything you would like to find in a leaderboard.

Update: MochiAds Leaderboards released – letâ€™s see how does it work – read this post too!