This is a big update of the experiment, because lots of interesting things happened since the last one.

Obviously every experiment has its goals. I have two different types of goals: hourly income and games played.

The hourly income is necessary to earn a decent amount of money from the games, while the more games played, the more my brand spreading through the web.

The dollar did not get weaker during the last months, so the minimum goal is to earn $46 per hour of development/promotion, while the awesome goal is set to $123/hour.

As for the games played, I feel happy if a game joins the so-called million plays club and very very happy if joins the five millions plays club.

First, I am showing you what’s going on with my old games

Now, time to talk about…

BallBalance was my first sponsored game.

Thanks to Chris at Flash Game License I got two sponsorships: one with Kongregate and one with Addicting Games

The game rocked on NewGrounds, getting the frontpage and having really good reviews 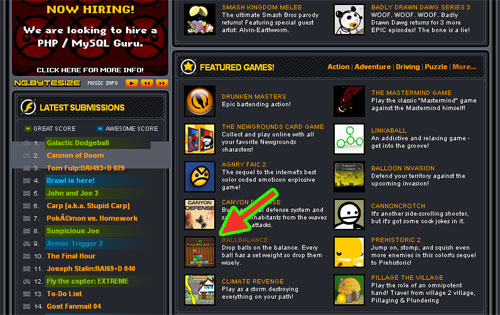 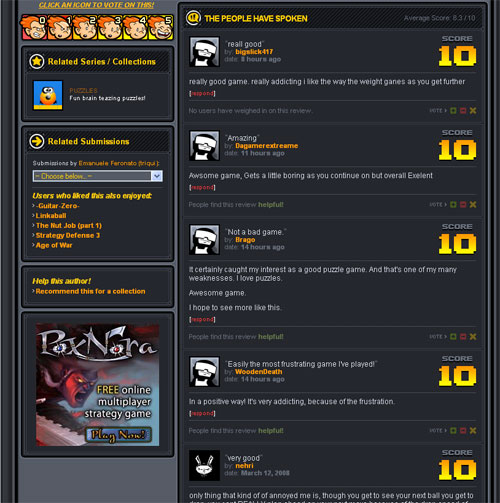 Anyway, outside NG, a lot of people found the game boring. I have to keep this in mind when making the sequel

Having the frontpage on NG helped me a lot to virally distribute the game, that is already member of the million plays club and on its way to join the five millions plays club.

As said, I found the first sponsor, Kongregate, thanks to Flash Game License. But what makes FGL special is that it’s not over once your game has been published.

If your main sponsor allows you to sell branded sitelocked versions of your game to other portals (usually after some amount of time), you can use FGL services to find a second sponsor, then a third one and so on.

That’s how I got in touch with Addicting Games. Justin at AG was a very kind and professional person, and really helped me filling all forms and documents needed to have my game hosted on AG 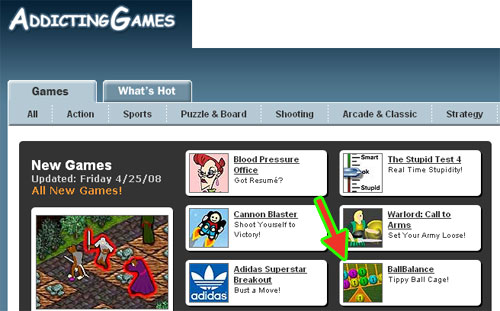 I spent 18 hours coding BallBalance, and I still have to promote it because of the huge distribution NG frontpage gave to the game. I spent another hour customizing it for AG, for a total of 19 hours at $132/hour

So how can you get the best monetization from your game?

First, sign up to MochiAds. The service is getting better and better and now introduced a service for portal owners that I will discuss in another post, and a detailed analytics report that allow you to know in which domains or coutries your ads are being displayed. 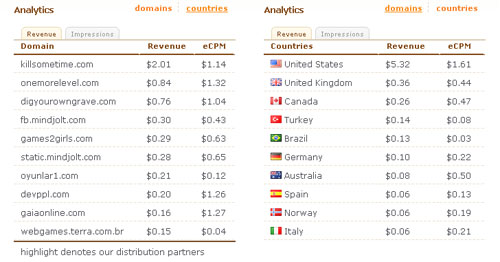 Another service you can’t miss is Flash Game License. This site introduced new features since my first review and now finding a sponsor is even easier because of the newsletter that FGL sends daily to portal owners with all new game submission, showing your game to more than 200 sponsors.

Moreover, there is a forum where all developers can share their ideas about coding, collaborations, game feedback, and so on.

If you are completely new to Flash games sponsorship, you must also take a look at Flash Game Sponsorship, where you can find useful informations about sponsorship evolution, case histories, suggestions and guidelines.

Soon the experiment will cover my new game, Bees n’ Flowers, the game born from my Perfectionism tutorial and self sponsored by my game portal, Triqui. 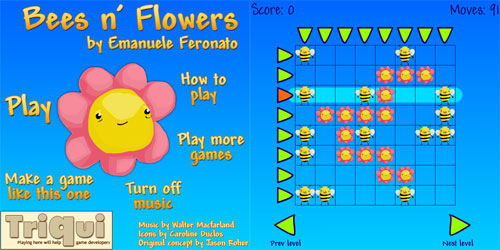 The question I am trying to answer is: why do portals pays for having their logos in your games?