I was impressed by “Games for the game developers!” comment on Create a Flash game in minutes with PlayCrafter.

The idea of giving people a tool to make a so-called “videogame” without any programming knowledge isn’t new. 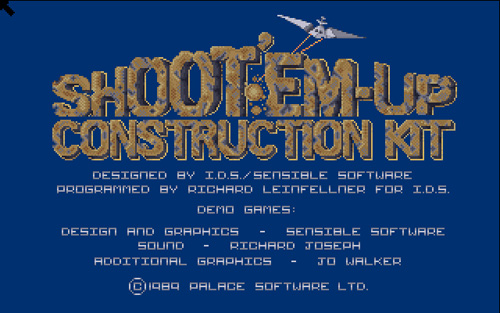 Having no idea about how to make a game, the first “games” I made with that kit was just clones of a space game included in the package, just changing bullets speed, number of lives, and other minor things.

But I loved the idea of making games.

With the SEUCK I made about 10 games I only played by myself, because you know in mid 80’s there wasn’t the so-called Web 2.0

Anyway I had a lot of fun

My first “real” game was a concentration game with time limit, combos, and so on, developed with AMOS.

Now the web has changed and you can create a game, upload it in a few seconds and read opinions, comments, reviews.

Moreover, you can make money out of it.

But you must not forget there are people having fun making games.

Tools like PlayCrafter are meant to make people having fun in creating their own games.

Yes, there will be a lot of bad games and most of them will be clones of the same (bad) game, but if you don’t like a game, just don’t play it.

And, more important, maybe someone will enjoy the process of making a game and will start studying a programming language to make a more original game.

20 (TWENTY!!!) years ago people like me programming in Pascal and Basic was mocked by C++ programmers, because they said real programmers code with C++

When I learned C++ I was mocked by Assembly programmers because they said real programmers code with Assembly.

Nothing new on the horizon…