After the first attempt to generate land and water maps using random numbers, it’s time to try to do the same thing using cellular automata.

It consists of a regular grid of cells, each in one of a finite number of states, such as “On” and “Off” (or “Land” and “Water”).

The grid can be in any finite number of dimensions. For each cell, a set of cells called its neighborhood (usually including the cell itself) is defined relative to the specified cell.

For example, the neighborhood of a cell might be defined as the set of cells a distance of 2 or less from the cell.

An initial state (time t=0) is selected by assigning a state for each cell. A new generation is created (advancing t by 1), according to some fixed rule (generally, a mathematical function) that determines the new state of each cell in terms of the current state of the cell and the states of the cells in its neighborhood.

Typically, the rule for updating the state of cells is the same for each cell and does not change over time, and is applied to the whole grid simultaneously, though exceptions are known (source).

What does this mean? In simple words, we are placing random land and water tiles in a map, and let the cellular automaton (read carefully: “automaton” not “automation”) draw the map according to a set of predefined rules.

So this is an example of a starting map, generated with random tiles of water and land, with each tile having the same probability of being land or water: 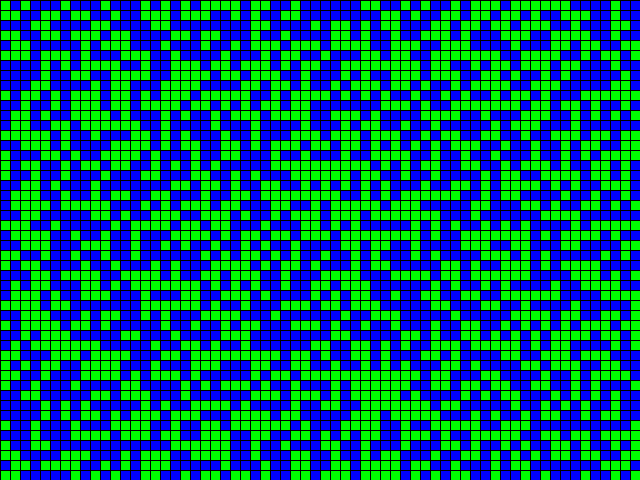 Once we have this map, we apply the following rule for a given number of iterations, set to 8 in the example: 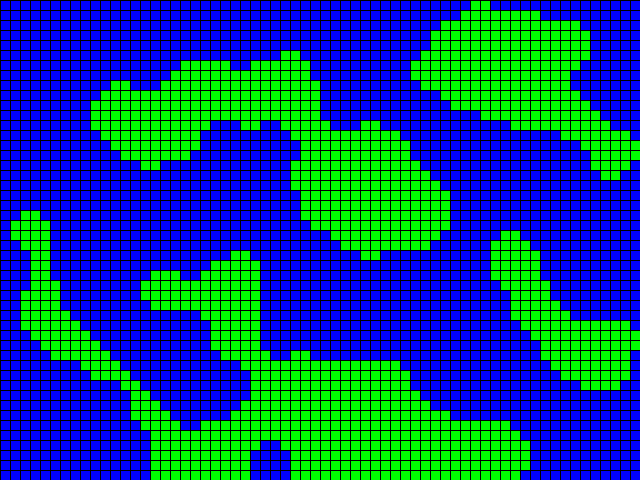 And this is what happens when applying the rule simultaneously. 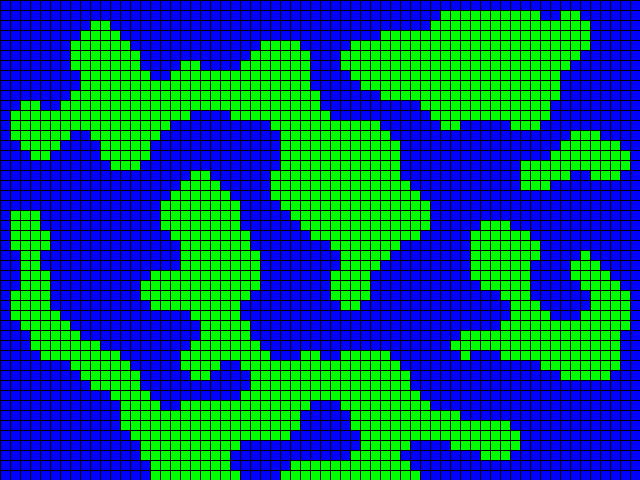 Comparing with the maps generated in the previous example, these maps are much more realistic and smooth.

Finally, here it is the source code: