Some months ago I released Globez Flash game both on browser and as an iOS game, then I released an horror themed version of the same game called Creepy Couples.

The Flash version of Globez got an interesting success, being featured on MindJolt for several weeks, a portal which is able to make your game earn more than $100/day. 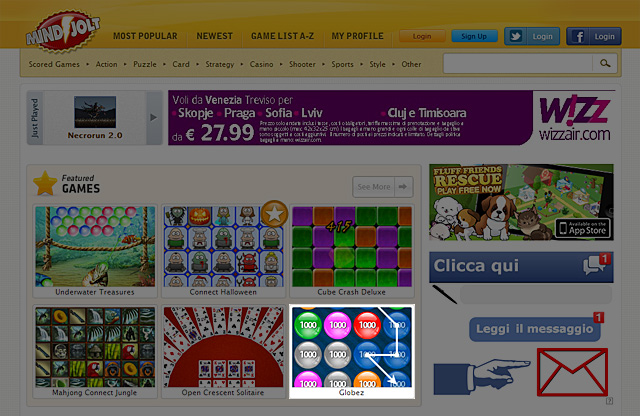 As said in the original post, now I’ve put the game source code for sale, but it’s not just a “give me some bucks and get some unclear script”.

I’ve completely rewritten the game including features people requested (such as globes which fall down to replace removed globes) and deeply commenting every single line of code, now it looks more like a book than a script, and will guide you by hand through the entire process of the creation of the game.

Here is an excerpt: 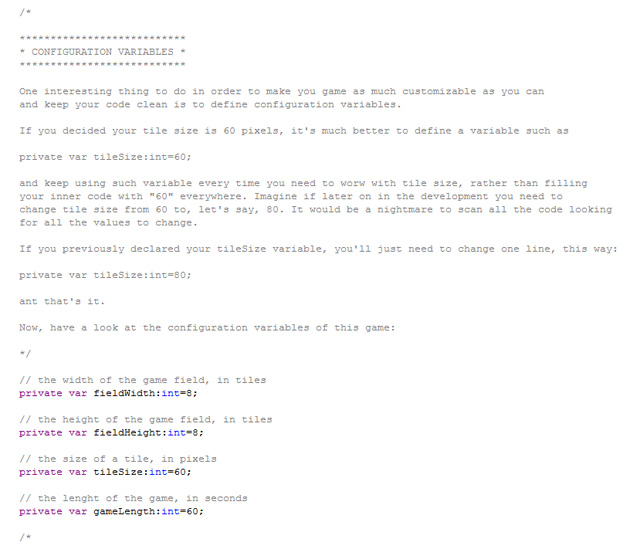 And this is the actual game you will create:

Let’s make a recap, what you are going to get?

* Full source code of an actual successful game proven to generate income. No prototypes, but a fully functional game with even more features than the original game released.

* Comments explaining every single line of the game, you will actually learn how to make Flash games.

* The whole game has been written on a single class for a better understanding. Beginners will find it easy to learn how the game was made, experienced programmers will have a complete game to start working with.

* Full property of the game: you can just learn how to make a game, or make some customizations and publish it everywhere you want and start to earn money.

Everything for as low as $14.99 – for this amount of money you will get an actual commercial game able to generate that money in less than a day, the full source code commented in depth and you will obviously support the blog which is not serving annoying network ads for more than two years.

Hope you will enjoy it, if you sort something interesting out of it, I’ll be happy to show it to blog readers.